Our meeting with Róża Thun

Thursday was both a busy and exciting day for us, participants at the Eustory Berlin Summer Academy. After two days of filming around the clock, cutting, editing and adding special effects, we could proudly present the final version of our short films to each other. The result was, without modesty, amazing and you will also be able to check out here our five productions very soon. 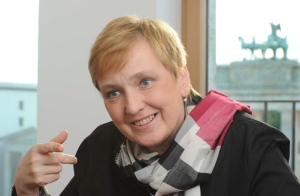 In the afternoon we got more and more excited and restless, as our final interview from this academy, this time with the Polish EP Róża Thun was about to take place at the Eustory headquarters in Berlin. Mrs Thun was flying all the way from Brussels especially to meet our group and share with us her experience on totalitarian systems and the concept of freedom. 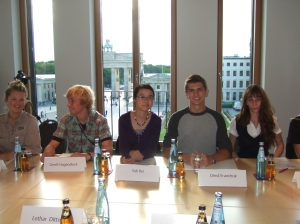 In a conference room that was overlooking the Brandenburg Gate, we sat at the discussion table, feeling quite nervous and important, since we all had  big name tags in front of us. The interview went smoothly and most of us got a chance to ask his/her question in order to explore the state of things in totalitarian Poland and get some insight into Róża Thun’s  experiences in the opposition movement back then. We also wanted to know more about the European Union’s mechanisms of integration and to what extent democracy and freedom are taken for granted in today’s world. There was even time to show two of our film productions which left quite an effect on Mrs. Thun, for whom the concepts of freedom and repression are still very meaningful and touching today.

After taking a very nice group picture in front of the Brandenburg gate, during which we learned to say cheese in 15 different languages, we all headed for the restaurant to have our farewell dinner and share our impressions on what has been the Berlin Summer Academy 2010. 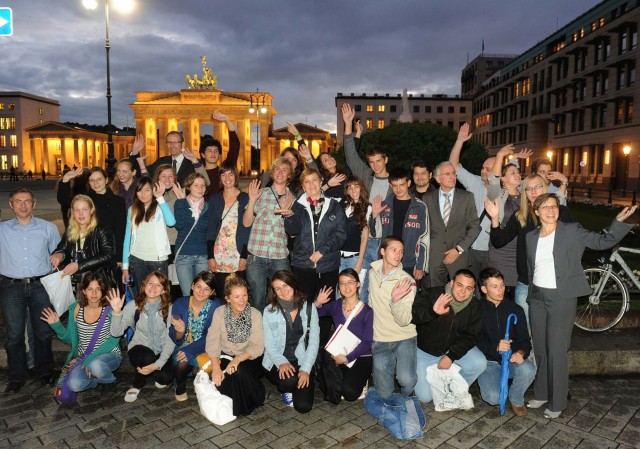 The night seemed still young when we came back to wanseeFORUM, around midnight, and some had the idea of a party very clear in their heads. But in the end there was no big party, since people were still writing messages for the letter box and trying to stay awake with the help of cola and ping-pong. Sadness was in the air as the first departures for the airport started as early as 5 a.m., and one by one the participants said goodbye, sometimes with tears in their eyes, and headed home with one thought only: to meet again sometime soon, if possible at another Eustory academy. And, of course, come back to Berlin for some sight-seeing!

This entry was posted in Academy report, YA Berlin 2010. Bookmark the permalink.

3 Responses to Our meeting with Róża Thun