Exile stories XIII: “At least the children got friends” – starting a new life in Denmark

Ida, from Denmark, interviewed Georgette, a 49-year-old Catholic refugee from Palestine, and her oldest daughter Bissan. Georgette is the mother of five children (age 12, 15, 19, 19, 20), all residing in Denmark. 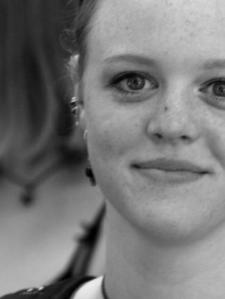 It has been four years since the family went to Denmark to be reunited with the father, Remaz (age 50). He had traveled there three years in advance to gain Danish citizenship before bringing his family to the new country. Georgette and Remaz got divorced in Denmark, a divorce that is almost impossible seeing that they are Catholics.

Back when the family lived in Bethlehem, Palestine, both Remaz and Georgette were politically aware. They both participated in friendly demonstrations, but were caught with cardboard signs that were not loyal to the current Government’s politics. For this Remaz were imprisoned and released 6 months later. To stress the family, Remaz were arrested several times for disloyalty to the Government. Georgette was also arrested several times and put in house arrest for disagreeing with the politics of Palestine. After years of imprisonment and provoked stress from the Government, the Remaz decided to escape the country (and thereby also escaping the imprisonment).

Georgette and Bissan agrees that the family would describe themselves as Palestinian, and they all miss their old home in Bethlehem, as well as their family and friends whom they left behind. Bissan was 16 when they traveled to Denmark, and understood the situation better than her siblings. She, just like her mother, feels ashamed of having left everyone behind, and just escaped the situation instead of staying to fight, like the rest of their family and friends did. They feel almost guilty when seeing the terrible situation revolving around their family in Bethlehem, but also understand that they cannot go back. However, Bissan is planning to study medicine in a Danish university, so that she can travel back to Bethlehem to help out Palestinians who is injured because of the demonstrations. The family felt welcome in Denmark, but unfortunate that their neighbors didn’t come to greet them to the neighborhood. They felt alone and alienated, but as soon as the children started school, “at least the children got friends”.

Bissan marks: “The Danish people are often embarrassed to talk English. I think that is the reason why they didn’t come to talk to us. Because they would feel stupid by talking English with a Danish accent.”

1 Response to Exile stories XIII: “At least the children got friends” – starting a new life in Denmark